The interior forests off of the upper Tahuayo have long been noted for their abundant populations of primates. Many trappers worked here in the 1960-70s to collect primates for sale to the veterinary institute of Iquitos, IVITA which in turn sold them to biomedical researchers . It is said that from Tahuayo primates that we owe our vaccines for hepatitis. The Peruvian government noted the unusual number of primates produced by this region and so in the early 1980s Rogelio Castro and Pekka Soini, who later became renowned for his conservation work with Amazon turtles in the Pacaya Samiria, conducted the first primate population survey under the auspices of IVITA. In 1984 University of Illinois primatologist Paul Garber and his student Richard Bodmer came from the United States to further study the mammalian ecology.

Bodmer received his master’s degree from the University of Illinois and came back to the Tahuayo as a doctoral student at the University of Cambridge.  He joined with conservationist Greg Neise and worked with the communities of the Tahuayo River to develop a plan to have the region recognized as a community reserve. The passage of Propuesta Tecnia by the province of Maynas become a reality on June 19, with the enactment of Executive Resolution #080-91-CR-GRA-P. The reserve was declared a community reserve and named Reserva Comunal Tamshiyacu-Tahuayo (RCTT) after two of its major boundary rivers. Initial conservation efforts in the RCTT were funded by the Rainforest Conservation Fund (RCF), based in Chicago and headed by conservationist Greg Neise.

While Bodmer, Neise others were working in the region of the lower Tahuayo River, near the communities, biologist Paul Beaver was working in the upper Tahuayo, off a tributary known as the Quebrada Blanquillo. Beaver initially worked for the Chicago Zoological Society on study, based out of a research site near Porto Miguel village on the Yarapa River. He had heard from the local community about the great wilderness of the upper Tahuayo River and so by hiking from the Yarapa through the forest to the upper Tahuayo, carrying boats and motors many kilometers through the forest, began a study of the region in 1980.

By October 1981 Beaver had left the employ of the Chicago Zoological Society and started the Amazon’s first adventure camping company out of Iquitos. Named Amazonia Expeditions, clients were usually tourists, but sometimes also included scientists, photographers filmmakers. Renowned ornithological expert Ted Parker hired Beaver to lead two birding trips through the area. He described it as the best birding he had ever experienced in a lowland forest. The late, great tropical botanist Al Gentry also did a trip with Beaver and was impressed by his visit. He’d seen plants that were not known to exist in Peru and tree ferns growing in the understory, which should not be found in a lowland rainforest. He wrote that it was a very strange region, in some ways like a forest you’d expect to see in the prehistoric Mesozoic Era.

At first Beaver’s camping expeditions followed the route of his scientific studies, taking in a few days of wildlife observations in the of the lower Yarapa River (a region now lost to a meander of the Ucayali River), before an adventurous trek from the Yarapa, through the forest, to the wilderness of the upper Tahuayo River. In 1989 Beaver and Neise got together in Chicago for a discussion about the Tahuayo River and Amazonia Expeditions became a major donor to the RCF effort to establish the community reserve. In 1991 Paul Beaver met Dolly Arevalo Shapiama in Iquitos and Dolly accompanied Paul on several camping trips in the region of the Yarapa and upper Tahuayo. Unimpressed by the harsh physical demands of camping expeditions in this region, Dolly suggested the construction of a lodge to serve as a base of operations. It was decided that the lower Tahuayo River held more promise than the Yarapa River, so Paul and Dolly scouted the region of the lower Tahuayo prior to their marriage in April of 1994. After this time the camping excursions of Amazonia Expeditions would focus only on the lower Tahuayo River, exploring the Rio Blanco and Tangarana tributaries.

A site was found just past the village of Chino, and construction of a lodge began in 1995. The lodge was completed and opened for the first tourists in December 1995.  A sister organization of Amazonia Expeditions, called AyE tours, was established in Iquitos city in 1995.  After the lodge was opened Dolly began a collaboration with the local community, to promote sustainable use of the reserve and in particular assist the women of the community, an effort that later grew into her non-profit Angels of the Amazon.  By 2001 the lodge was recognized in major publications such as Outside Magazine and National Geographic Magazine and began to grow in popularity.

In 2006 a second lodge, upriver from the main lodge, was purchased. It was built by a former tourist of Amazonia but lost money as it failed to attract tourists. Primatologist Michael Pereira was hired to develop this lodge into a center for research. Pereira and Beaver decided that the most attractive research tool that could be developed would be a grid of trails, laid out as transects for the population study of primates. The famous “trail grid” of the Research Center lodge was an impressive effort that took two years to complete. Motion activated cameras were later added to the grid to facilitate of jaguar population density. Amy Doolittle of the prestigious Yale University was impressed enough to arrange for Yale University to be an official sponsor of the Research Center.

During the first ten Amazonia had its main lodge on the Tahuayo, the legal protection of the RCTT failed as commercial loggers and fisheries exploited many resources. At the time the Depto. of Loreto was governed by Robinson, who was opposed to expanding or even honoring conservation measures. Amazonia Expeditions helped to campaign for a greener candidate in the fall of 2006. With the election of Ivan Vasquez as regional president of Loreto, Tahuayo conservation received renewed support, and the reserve was expanded in size to over a million acres (over 440,000 hectares) and given added legal protection. In a ceremony held at Amazonia’s Research Center in May 2007, legislation was signed to designate the region as the first Departmental conservation zone in all of Peru. It was re-named the Area de Conservacion Regional Comunal de Tamshiyacu Tahuayo (ACRCTT) and was then ratified by the national government in Lima in May 2009.

Angels of the Amazon

Dolly Beaver’s charitable work in the communities started with suggestions for economic activities that would maintain the resources of the reserve in a sustainable way. One of the first activities was to suggest the fabrication of , using plant dyes and leaves to weave baskets in a traditional cultural form for sale to tourists. Dolly saw how the additional income, going to the native women, helped to empower them and improve their lives. Becoming friends with the native women and listening to their concerns led Dolly to make contributions to health care in the villages as well as childhood education. When several tourists saw what Dolly was doing they encouraged her to start a non-profit foundation, called Angels of the Amazon (AoA), which was incorporated in 2006.  Every year AoA has helped to improve the clinic in Esperanza Village, provide dental care, pay for advanced surgeries in Iquitos, Lima and the USA, fund educational ventures, construct a high school and award scholarships for continuing education in Lima and Iquitos, and do additional charitable work to improve the lives of the Tahuayo communities. 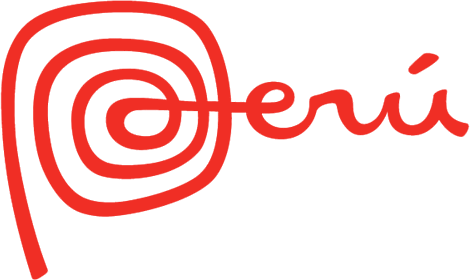